At it’s annual banquet on Saturday, March 18th, the Wisconsin Valley Radio Association announced the recipients of the 2016 Ham of the Year and Excellence in Amateur Radio awards. 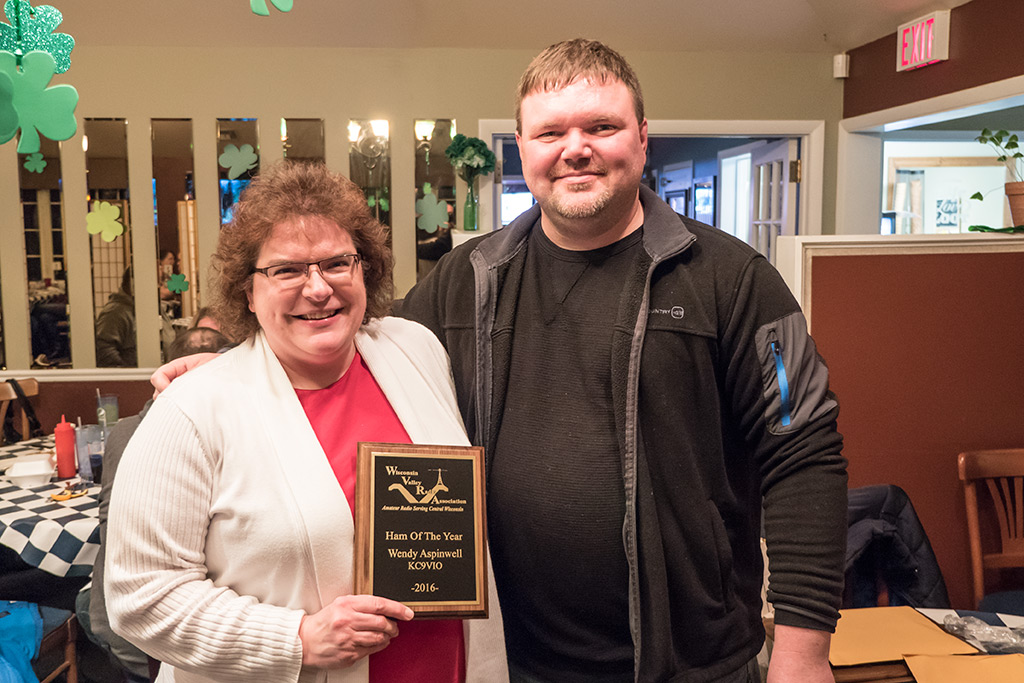 Wendy Aspinwall, KC9VIO, was named the 2016 Ham of the Year. Wendy has served on the WVRA Board for several years as secretary and is instrumental in day-to-day operations of the club. She is also active in public service events including the MS Walk and on various bike tours. 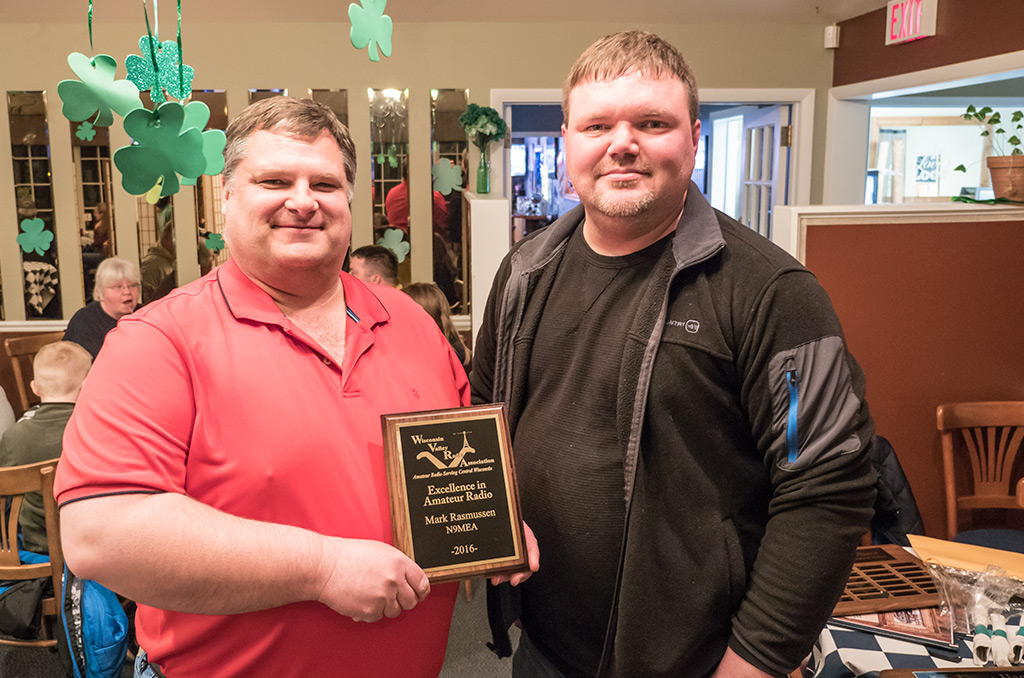 Mark Rasmussen, N9MEA was the recipient of the 2016 Excellence in Amateur Radio award. Mark has spent the past 25 years as a licensed amateur in numerous repeater projects. Not only does he serve as the club’s subject matter expert for the W9SM repeater systems, he also serves on the board for WECOMM, is one of the founding members of the NEW Voice System, and has many APRS digipeaters across northern Wisconsin. Mark is also the Wisconsin Section Emergency Manager for the ARRL, and continues to serve as a consultant to other repeater projects across the state and beyond.

Please join me in thanking both of these members for their service to amateur radio.

More information on the WVRA’s EAR and HOTY awards, including award history, can be found here. 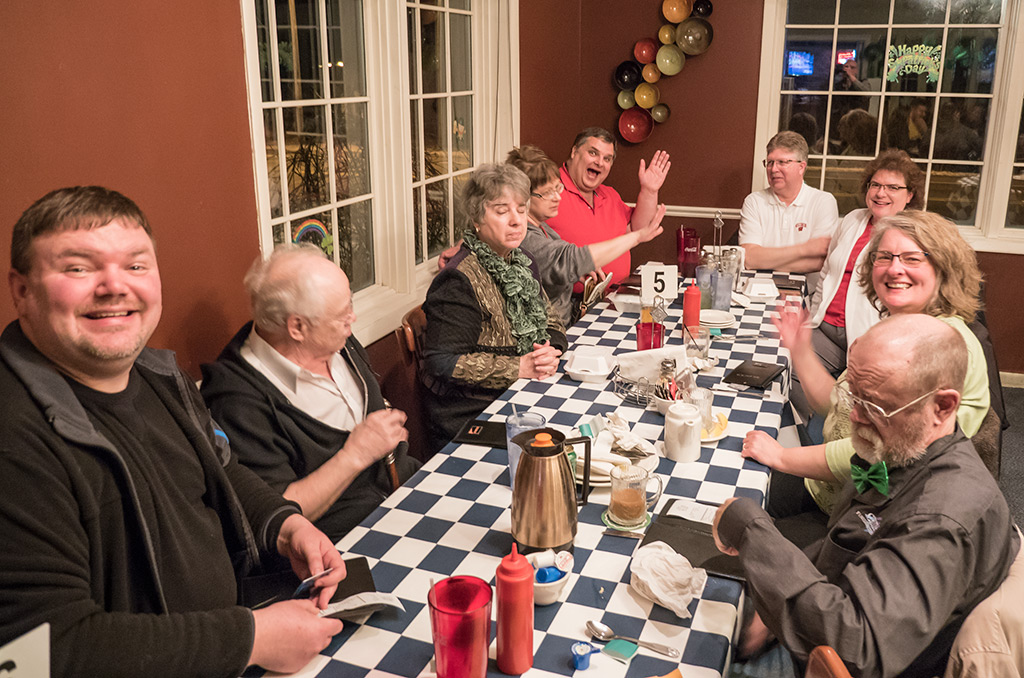