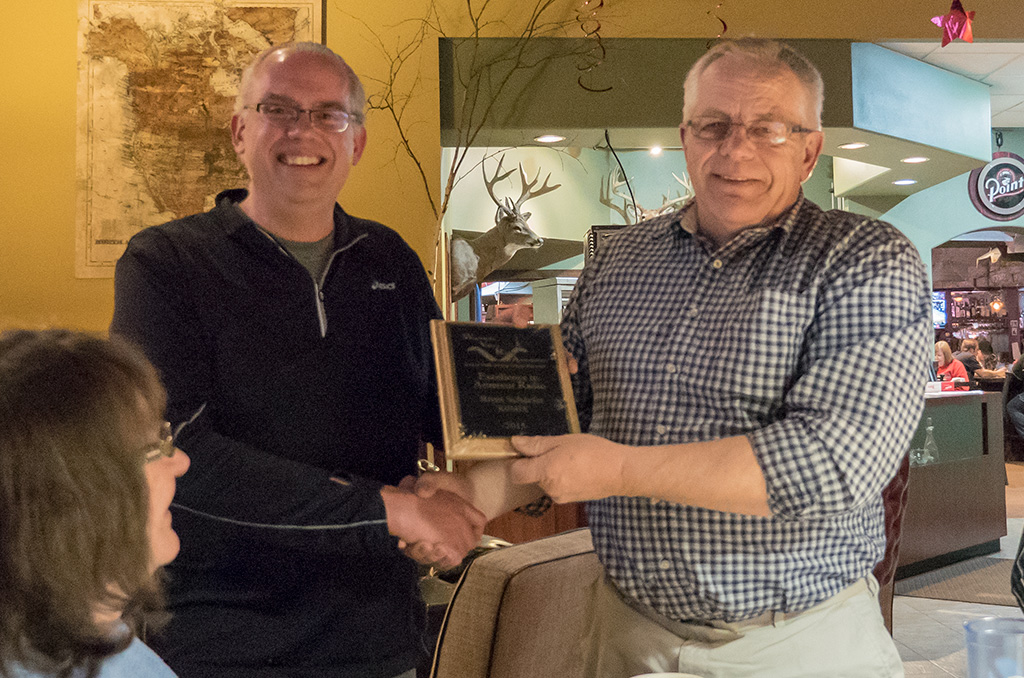 Brent Schaefer, K9MIX was recognized with the Excellence in Amateur Radio award at the Wisconsin Valley Radio Association’s annual banquet on Saturday March 19, 2016. The Excellence in Amateur Radio recognizes a person in the greater amateur radio community for their life service in the amateur radio service. Brent Schafer, has been an active member of the Wisconsin Valley Radio Association since the 1950’s. He’s held club board positions including President and Treasurer, and continues to be active in club events such as Field Day, Halloween Patrol, Wausau Marathon, and the MS-Walk. In addition to club activities, Schafer enjoys vintage radio equipment, CW operation, and county hunting. 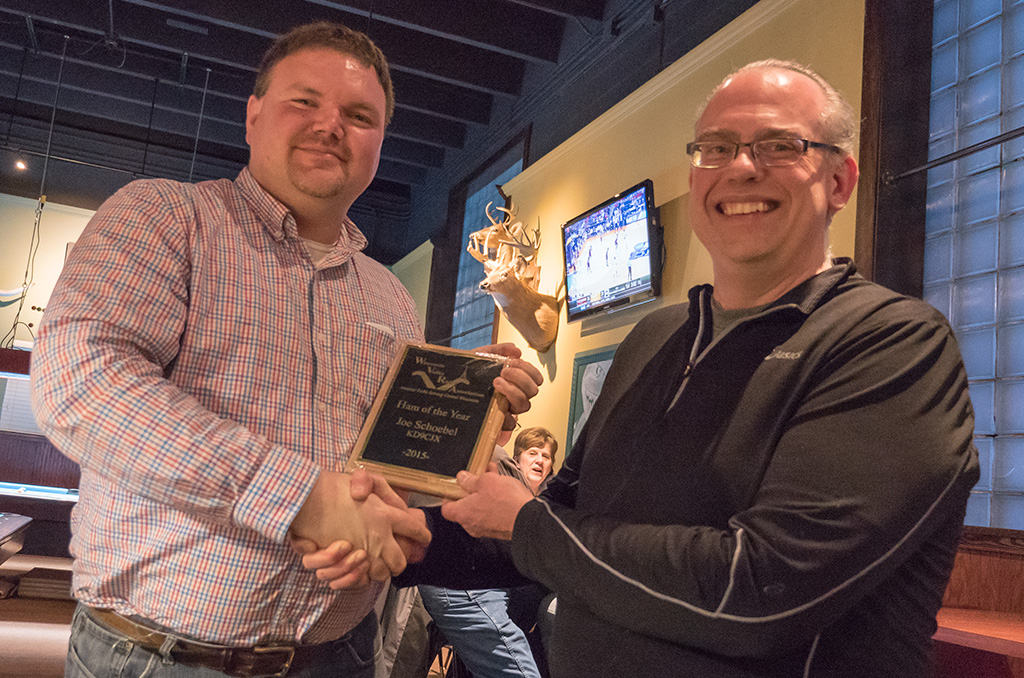 Joe Schoebel, KD9CJX, was recognized as Ham of the Year at the Wisconsin Valley Radio Association’s annual banquet on Saturday March 21, 2015. The Ham of the Year Award recognizes fellow club members that have provided service to the club and amateur radio community in the past year. Schoebel, first licensed in 2014, jumped into amateur radio public service with both feet and brought a great amount of spirit and energy to various club events including the Badger State Games, Wausau Marathon, Halloween Patrol, and Field Day. In addition to club activities, Schoebel enjoys homebrew antennas and DXing with his vintage Kenwood TS-520 HF transceiver. 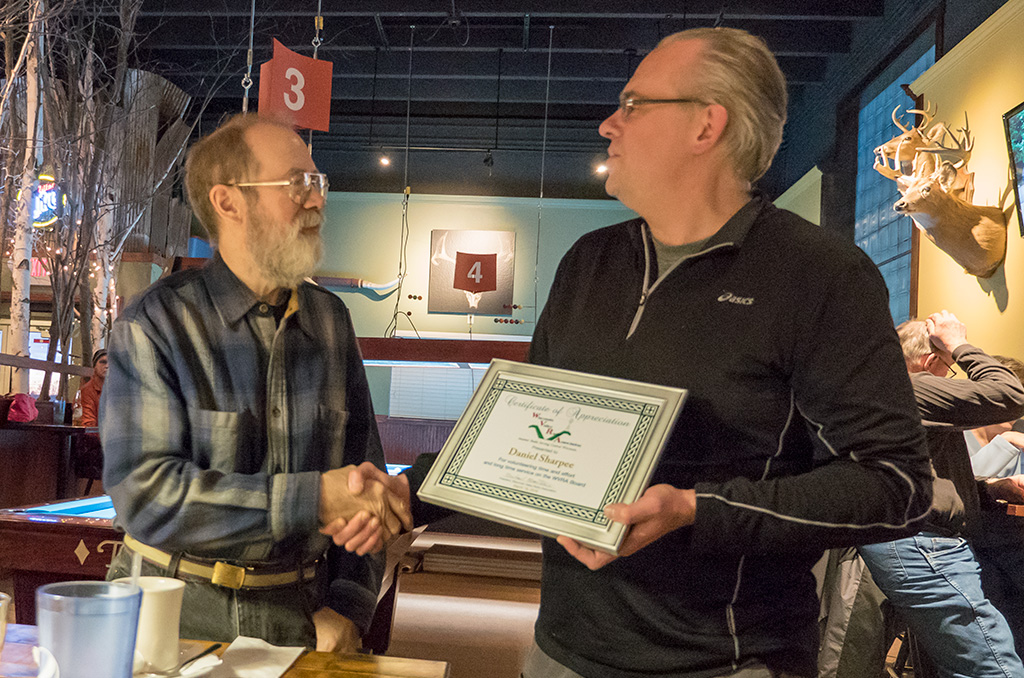 Dan Sharpee, KB9RXA, was recognized with a certificate of appreciation at the Wisconsin Valley Radio Association’s annual banquet on Saturday March 21, 2015. Sharpee, a long time WVRA board member and director in charge of community service, recently stepped down from the board due to work commitments. Sharpee’s leadership and planning of club community service activities will be greatly missed.

The HOTY award is open to all WVRA members and may be granted on an annual basis. The EAR is a lifetime achievement award, open to any eligible amateur radio operator. 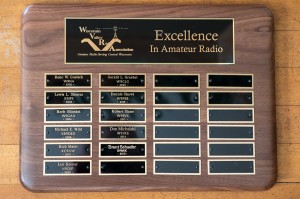 Ham of the Year Winners 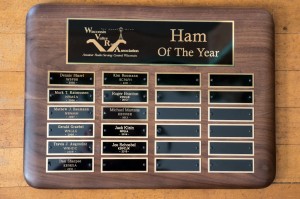